Do somebody own the books in the link?

@Kennma Welcome to the forum,

Yes the owner of the site does, why do you ask?

i had questions about the illustrations, i dont find the books anywhere else

Hi-I will pull the books from the collection and have a look next week when I am home. Are you just interested in the Snow White ones? Alison

yes only to snow white. i collect old snow white illustration before 1935 but i now found out that the fairy-tale pictures nr. 2353 just have 1 illustration to each fairy tale so i only would be grateful to know by old fairy tales nr. 301 and by these if snow white is icluded with illustration

these must be rare and i also dont find anywhere else, it would help me a lot. 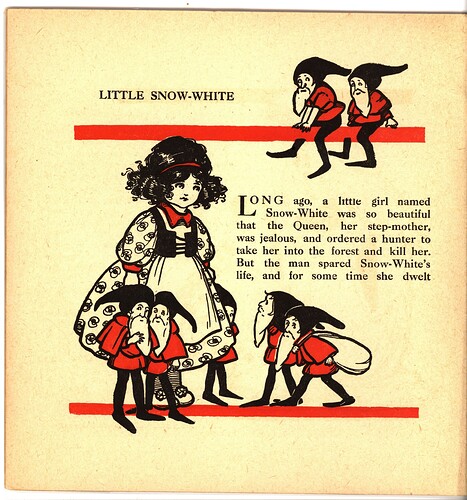 I can’t upload pictures here for 2353 so put them into the database under the book. Fairy Tale Pictures 2353
Fairy Tale painting book 4045 has no Snow White illustrations
Fair Tale Postcard Painting Book 2539 has one that is pictured below and also in the database entry now 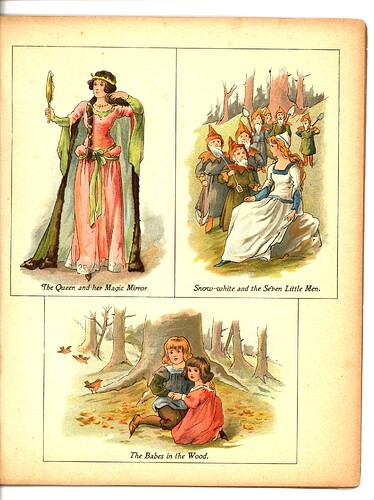 thank you very much,these are very beautiful.i had two more question when you have time but it doesn’t look like the father tuck’s fairy tale game painting book no. 4007 is in the collection ? but is there a date at fairy tales painting book no .4076 ? i am not sure if this was published until the middle 30s or later.

i missed this one in fairy land father tuck’s indestructible board series number: 7663, since snow white is called snow-drop here. are there any other pages with illustrations to it? from the text it looks as if more would be included and do you own the no. 505 ten favorite fairy tales from panoramic toy books? i can only find it in in the catalogue 1934 the world’s art service.

Hi-The book 4007 is not owned by me so I have no more information on that. The book 4076 does look like the 1930’s period but the places of publication offices-LONDON, PARIS, NEW YORK date it to earlier You would have to look at the Royal attribution to determine the king and the prince of wales etc
I will send scans from 7663– 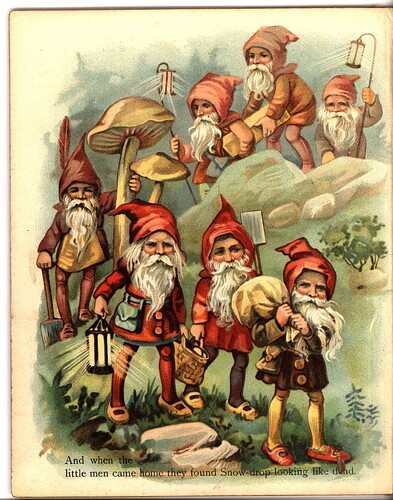 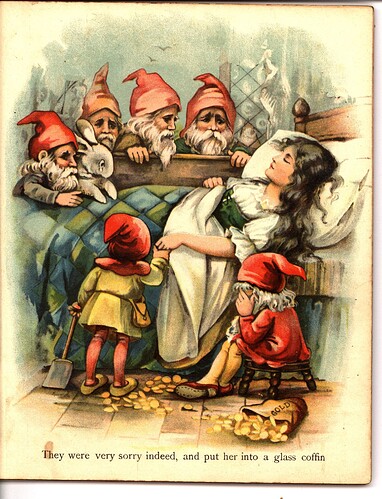 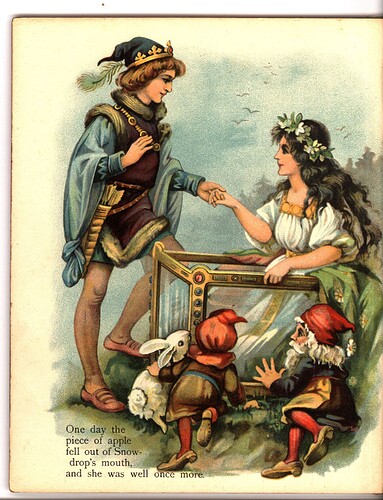 is snow white included in fairy tales painting book no .4076 ? i found one last that wasn’t shown to me under fairy tales and it is not known to me kings and queens from fairyland number 9052 . it helped me alot , there were a lot of snow white - fairy tales theme in the catalogue, but i already know the others or found them elsewhere.